Rich textures, fanciful colors, sumptuous silhouettes, and gender fluidity that shaken the entire fashion sphere.The history of the House of Saint Laurent is synonymous with innovation, raw creativity, and an undeniable French finesse that managed to blur the lines between men’s and women’s fashion. This is the story of Yves Henri Donat Mathieu-Saint Laurent, the Algeria-born visionnaire who popularization of women’s trousers for all occasions.

The early history of Saint Laurent

Yves Saint Laurent, born on 1 August 1936, spent his childhood years living in a villa by the Mediterranean with his parents and two younger sisters. Fashion design had always been his biggest passion in life. As a teen was dreaming of leaving Algeria for a chance to showcase his formidable ideas to the Parisian elite. And finally, at the age of 17, Saint Laurent moved to Paris and enrolled at the Chambre Syndicale de la Haute Couture.

His immense talent and forward-thinking quickly gained the attention of influential French writer and illustrator Michel de Brunhoff, who published his sketches. It was that time when Brunhoff introduced the young, ambitious designer to Christian Dior.

Dior took Saint Laurant by his side, introducing him to the luxurious world of Parisian fashion in which Laurant quickly gained acclaim for his dress designs.

“Dior fascinated me,” Saint Laurent later shared. “I couldn’t speak in front of him. He taught me the basis of my art. Whatever was to happen next, I never forgot the years I spent at his side.”

In a sudden turn of events, Laurent was called back to Algeria to join the Algerian War of Independence. But when he returned to Paris, Saint Laurent found that his job with Dior had vanished. Many contribute his unexpected termination to the bad reviews from the press and clients he received for his 1960 collection for Dior— the innovative designer introduced a leather jacket for haute couture which was unheard of at this day and age.

The news of him losing his dream job was devastating. It was this time that Laurant was sent to a mental hospital just 20 days into his service and was given Electroshock therapy. Then, he decided to take action and successfully sue his former patron, Christian Dior, for breach of contract for £48,000.

In 1966, Yves Saint Laurent was founded

This compensation was exactly what Saint Laurant needed to launch his fashion label in cooperation with his partner and lover, Pierre Berge in 1966. His immense creativity flooded the fashion world with out-of-the-box adaptations of women’s wear that shook the entire industry.

Saint Laurent’s first couture collection opened with a peacoat and wide-leg trouser combination. Followed by a ready-to-wear line, Saint Laurent Rive Gauche, later in 1966. His aspiration to showcase gender-fluid tuxedos for women along with his best efforts to celebrate female sexuality quickly garnered him a lot of attention.

He pioneered the power suit and transformed the safari jacket from strictly functional to fashion-focused. Over the next two decades, he took traditionally masculine staples and transformed them into a never-seen-before kind of womenswear – one designed to empower and complement the wearer.

Le Smoking, the beautifully tailored, black tuxedo remains one of the most influential pieces Saint Laurant has ever created. This signature design perfectly portrays Laurant’s contribution to the fashion industry. Style mavens like Bianca Jagger, Catherine Deneuve, and Nan Kempner were among the first to wear it.

Following the massive success, In 1975, fashion photographer Helmut Newton set his equipment in a cobbled street in Paris to shoot Le Smoking for French Vogue.

One of Saint Laurent’s most emblematic designs is the Mondrian dress from his 1965 A/W collection. This style was inspired by the paintings of Dutch painter Piet Mondrian. They consisted of six classic 60’s-style shift dresses to “pay tribute to the Dutch artist’s grid-like paintings and his modernist spirit.”

In 1968, Saint Laurent designed the most empowering piece of them all to celebrate women everywhere: a completely transparent chiffon dress with a belt made of ostrich feathers. As he mentioned, “Nothing is more beautiful than a naked body”.

Yves Saint Laurent created impeccable jewelry, shoes, and handbags to complement his couture creations. In fact, many agree that no one did bags like Saint Laurent. His favorite materials – suede, Moroccan leather, snakeskin, lizard skin, and crocodile skin – turned into innovative designs in an array of different shapes. From ‘music satchels’; ‘chouchou’ bags with shoulder straps and black velvet evening bags, his ideas had no limit.

Leather could be studded, dotted, pierced, or laced. “The Saint Laurent ‘stamp’ was what gave a piece its ultimate value,” writes Patrick Mauriès in the book Yves Saint Laurent Accessories. “Various textures and materials in Saint Laurent’s accessories are taken out of the contexts in which they are traditionally found and used in new ways and unexpected combinations: handbags sport handles of polished wood, horn or metal.”

Saint Laurant was also the first designer to hire non-white models for his runway collection. As Naomi Campbell famously told British Channel 4 News, he was responsible for helping her land a cover: “My first Vogue cover ever was because of this man, because when I said to him ‘Yves, they won’t give me a French Vogue cover, they won’t put a black girl on the cover’ and he was like ‘I’ll take care of that,’ and he did.”

Grand Officer of the Legion d’honnerur

In January 2002, Saint Laurent showcased in his final runway line and then retired in Marrakech. Five years later, French President, Nicolas Sarkozy appointed Grand Officer of the Legion d’honnerur to the French designer to highlight his importance to French culture.

The House of Yves Saint Laurent was bought by the Gucci Group and Elbaz was soon fired and replaced by Tom Ford, who, at that time, was also the creative director of the Italian label Gucci.

Tom form was on a mission to turn Saint Laurant’s image around, which the latter didn’t agree with. His debut collection was designed to make an impact through monochromatic looks that didn’t include the accessories Saint Laurent was tirelessly trying to perfect over his career.

Yves Saint Laurent passed away in Paris on June 1, 2008, due to his illness.

In 2012, Hedi Slimane took over as a creative director with a dramatic four-year rebranding of the French luxury label. ‘Yves’ was completely removed from the nomenclature and models resembling Kate Moss ‘heroin chic’ era were introduced – a decision that was met with delivered opinions.

Slimane’s collections continue to embody what we know as Saint Laurent’s signature look. From gorgeously crafted leather jackets and edgy, rock-inspired boots to party dresses soaked in metallics that capture the zeitgeist of the 1970s and 1980s, Laurant’s stigma was definitely prominent.

Despite the many ups and downs, Saint Laurant is still one of the most iconic and influential luxury brands of all time. Amongst his many accomplishments, Saint Lauren was the first living designer to receive a solo exhibition in New York’s Metropolitan Museum of Art in 1983. His striking designs have been loved by Maria Callas, Grace of Monaco, and Elizabeth Taylor.

in April 2018 Anthony Vaccarello replaced Slimane and continues to bring fresh, new looks to the label to this day. 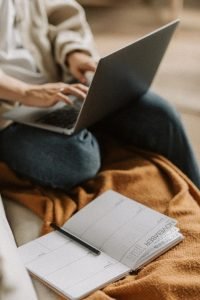